What's on your mind?

This is the place to talk about your favorite topic, to share news, theories, ideas, and to connect with others. The content from your Forum has been converted to Discussions posts, so nothing has been lost.

To learn more about what you can do here, check out community.wikia.com/wiki/Help:Discussions

If you're an admin on this community, read more about how you can customize your Discussions and set up guidelines for contributors: community.wikia.com/wiki/Help:Admin_and_Moderator_Tools_in_Discussions

We are suppliers of quality Iboga root bark,
We only sell the root bark because its over 10 times stronger than root powder.
Our iboga root bark does contain up to 10% alkaloids!
Our Iboga root bark is vacuum packed and will stay fresh for a long period.
Place your order and contact us for more details shipping available worldwide,
We supply on large scale at whole sale prices,contact us via
EMAIL.....faisonbernardiaz@gmail.com
PHONE.....+237682099844
SKYPE.....faison

I would like to have a discussion with the user community about taking action to "Adopt " the Wizardry Online Community, since the original owner (Yaviey) and all other assigned admins have been absent for more than 60+ days.

I have reached out to Lakuza on Royals of Dimento website and she has indicated that her "admin" abilities do not grant her the ability to add other admins and that they can only be added by the owner of the Wiki, which was Yaviey.

I have personally reached out to the original Yaviey on Twitter (@Jenn_Bridges) and started a discussion with her about the Wiki.  Unfortunately, she no longer works for SOE and handed over all of her Wiki management to @Ashlanne (Twitter) and @KindaTiffy (Twitter).

When I reached out to them, on @Jenn_Bridges suggestion, I did receive a resposne back from @Ashlanne.  Unfortunately both @Ashlanne and @KindaTiffy both were let go from SOE last week and no longer work for the company either.

Doing some research on Wikia there is a process and a precedence for "adopting " a community whose admins have been inactive.  Since SOE is no longer the Publisher of this game, I think there's a case to make this community open to the community who has been maintaining and caring for it since sunset of this game in NA/EU since July 2014.

I look forward to your comments on this topic.

(edited by Riveran21)
How do you get the bonds used for leveling up?
(edited by A Fandom user)

In the list of soul rank 3 benefits it mentions raising exp to level five, can this be done to the non main characters of the soul? If so, how? If not, what does it mean then?

(edited by A Fandom user)

I'm messing stuff up. So I made this page http://wizardryonline.wikia.com/wiki/Holy_Set for the holy set.

But there is this page http://wizardryonline.wikia.com/wiki/Appearance_Sets_from_Spheres for the avatar sphere sets where it should go.

1. My Holy Set page needs to be deleted.

2. I don't understand how one made links that go to headings of 1 page. for example go to http://wizardryonline.wikia.com/wiki/Avatar_Items   and click the links to avatar sets listed on the Appearance_Sets_from_Spheres page. I looked at the source of the page to try to make sense, but I woulda thought those links would go to seperate pages, but they instead go to headings on 1 page.

So a person should delete my page and someone could explain how one links to headings of a page rather than an article with the name.

So I was in Hero's Square where a player had managed to get on top of a shop stand. And another player was trying to get up there as well. The player attempting to get on the shop stand was jumping from a table, to an NPC's head, and then trying to get on the stand ceiling from there. On my pokuru, I could not make the jump to land on top of the npc's head. I tried many times, I did manage one time but I instantly flew off another direction.

Anyways, after changing to another TALLER race(I went with elf), I was easily able to jump onto the NPC's 9/10 times(it does involve a bit of skill to land on the head exactly).  So yea..it seems like races may have different jumping heights? Not something too important, just mentioning it here.

Already have map for them. There was none in beta times. But nowadays, there are creatures dropping them for both floors.

Wanting to get everyone's opinion on font size. Which of these is the size you think would be good as the standard.

(edited by Fearsyth)
where the hell do i get one of these?
(edited by A Fandom user)

Hello im new here and after playing a bit with a human Thief i realized that i have less OD than my friends which are playing Human Fihgter and Elven Mage why is that so? is there a way to increase it? (im on lv 12th and i have SR4)

(edited by A Fandom user)
can someone tell me exactly how many things luck effects? I would really like to know if it effects forging.
(edited by Honteux)

I've just started a new Channel 1 union called Progression.  As you may have guessed, it's primary focus is progressing in the game's storyline.  There are too many players standing around bored in town or quitting the game because they can't find a party with which to advance.  Dues are one Proof of Bond every three months and commitment to a few basic tenents detailed in the soon to come union page.  Lower level players who can't afford a Proof of Bond are welcome to join as honorary members without dues and to become full members once they've earned enough soul material to purchase a Proof of Bond.  Higher level players are required to help out lower level players when they can.  Send a message to Summer Reliqae for assistance or to join.

Sorry newbie question...Do the Unions recruit in this game? And is there somewhere one can view the different unions and their mission statements? I've only been playing a few days, so I can only go by my experience in other MMOs. If someone could point me in the right direction I'd really appreciate it. Thanks in advance :) 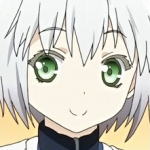 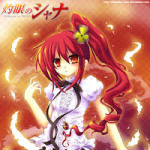 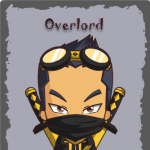 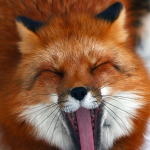 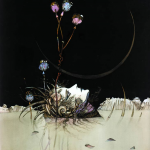